Once upon a time there lived a young lady who was very shy and very protected, raised by her grandmother almost smack in the middle of the downtown area of Syracuse, New York: 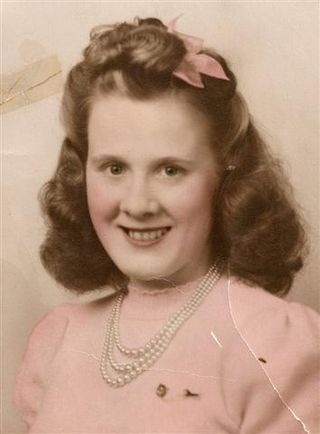 On the outskirts of town lived a dashing young man, one determined to improve his lot in life and make a name for himself: 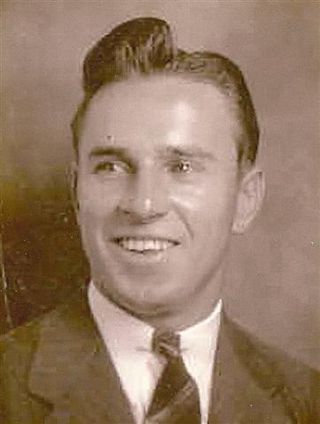 One evening in November 1938, this fair young lady set out with one of her best friends to attend a Thanksgiving party at the Jolly Joker club (a youth organization).  As they walked along, they decided to go roller skating instead.

Who else do you think was skating that night?  Ah yes, this young man.  And guess what happened then?  Ah yes, the two met and skated together and the young man asked the young lady if he could drive her home.  She was hesitant, but agreed.  You know what happened after that?  The two became a couple and went together for two years before they married on September 7, 1940. 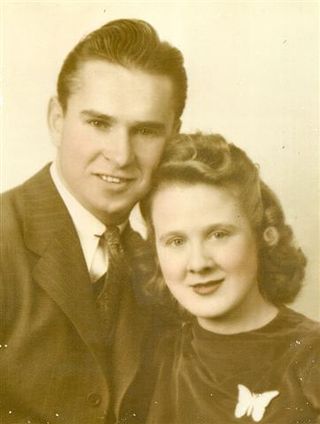 Then came World War II, and the young man was drafted into the army, where he quickly rose to the rank of Staff Sargeant: 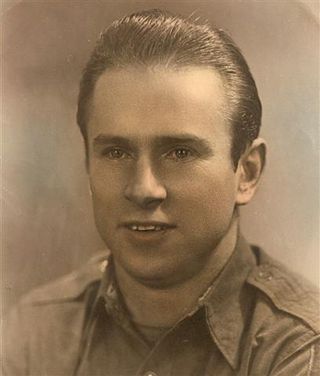 While he was overseas, the young man became the father of a baby boy, who was joined by a brother nine years later.  The happy family lived in a house built by the young man himself, with the help of relatives and his friends in the volunteer fire department that he helped to establish.

The young man and his brothers had a construction company and built many of the buildings in Syracuse, including landmarks such as Manley Field House and the College of Law on the Syracuse University campus, along with several dorms.  They also built most of the fire houses and many schools in the Syracuse area.

The years passed, and the young man and his lady grew older and welcomed two granddaughters and two great-grandchildren into the world, enjoying them immensely and spoiling them (of course).  All the while they lived and worked and played - and eventually retired - in the same home.

They celebrated 70 years of marriage this past September - a milestone that few even live long enough to reach.  All the while this now-not-so-young man watched over and protected his precious lady, spoiling her every bit as much as her grandmother had done.

Eventually, tragedy came to call, and a fall caused our hero to require surgery two days before Christmas.  For a time it was feared that recovery might not be possible, then things began to look hopeful.  However, the toll taken on the weary body of our hero eventually became too much, and he passed peacefully in his sleep yesterday morning February 11, 2011... 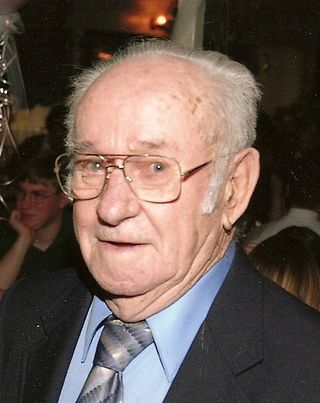 Albert Edward Culotti was a much-loved figure in the community - especially by the congregation of St. James church, and the Nedrow Volunteer Fire Department.  One of the ever-fewer surviving World War II veterans, he drew admiration and respect from others at the VA Medical Center whenever he had occasion to go there.  His children, grandchildren and great-grandchildren have fond memories of Pop, and fun stories to tell.  His bride has memories in abundance of their travels and adventures and long, long marriage together.  He will be much missed but, if ever there was a "happily ever after" fairytale ending to a story, he and his bride certainly had it... 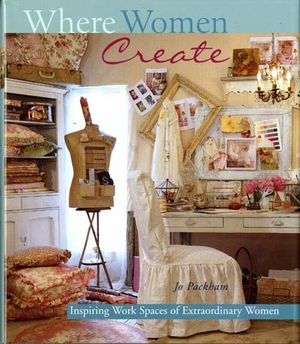 I read these thoughts on Seth Godin's blog earlier this week:

It might be a garage or a sunlit atrium, but the place you choose to do what you do has an impact on you.

More people get engaged in Paris in the springtime than on the 7 train in Queens. They just do. Something in the air, I guess.

Pay attention to where you have your brainstorming meetings. Don't have them in the same conference room where you chew people out over missed quarterly earnings.

Pay attention to the noise and the smell and the crowd in the place where you're trying to overcome being stuck. And as Paco Underhill has written, make the aisles of your store wide enough that shoppers can browse without getting their butts brushed by other shoppers.

Most of all, I think we can train ourselves to associate certain places with certain outcomes. There's a reason they built those cathedrals. Pick your place, on purpose.

This really resonated with me.  I'm finding that my "creative space" is sucking my mojo from time to time - and those times are always when the clutter reaches an unacceptable level.  I am still tweaking my organizing/storage systems, too, and the shortfall there is weighing heavily...

I thought that perhaps this was my own weirdness, but Seth's essay made me re-think the importance of getting a handle on  not only organizing, but also beautifying my space.  The wonderful, beautiful and oh-so-inspiring magazine Where Women Create also came into my head.  Just looking through the pages of the magazine, which focuses on various artists' creative spaces, fills me with inspiration.  That picture up at the top of the post is from the blog linked here, and is the cover of one of their issues.  Time to implement a plan...